The Earthquake in Haiti is a double tragedy. As with most natural disasters, those who live in poverty suffer the most.  In this case, the extreme poverty of Haiti reveals our collective failure to care for the dignity and well-being of the poorest among us.  In fact, a closer examination reveals how the global economic system governed by the wealthy nations of the world actually keeps countries like Haiti in poverty.  Rick Steves articulates this concern well in a recent blog post.

The crisis demands a response that is both immediate and sustained. Since 1946, Church World Service has existed for just that.  While some prefer to work on their own, in pursuit of their own agenda, CWS prefers to collaborate.  Its only agenda is to serve as Christ would have us serve, and that breaks down all barriers of race, class, or faith tradition.  And because charity is not enough, CWS also advocates for governmental policies which attack the systemic roots of poverty.

Please help us support the immediate and ongoing need. January 2010’s ‘Artists for Haiti’ event brought together some of our best local musical and visual artistic talent.  This event raised over $4000 but our work is not over.  We’ll still accept gifts, and we still have some unsold artwork.  We’re considering the possibility of holding future concerts and are looking for better ways to advocate for policies that give those living in poverty a real hope for systemic change.  Maybe we could host Rick Steves for a lecture/community roundtable on this issue.

Stay tuned for photos and maybe even some recordings of the event!

For a copy of the flyer below, now a collectible 😉 choose your format:    PDF    JPG 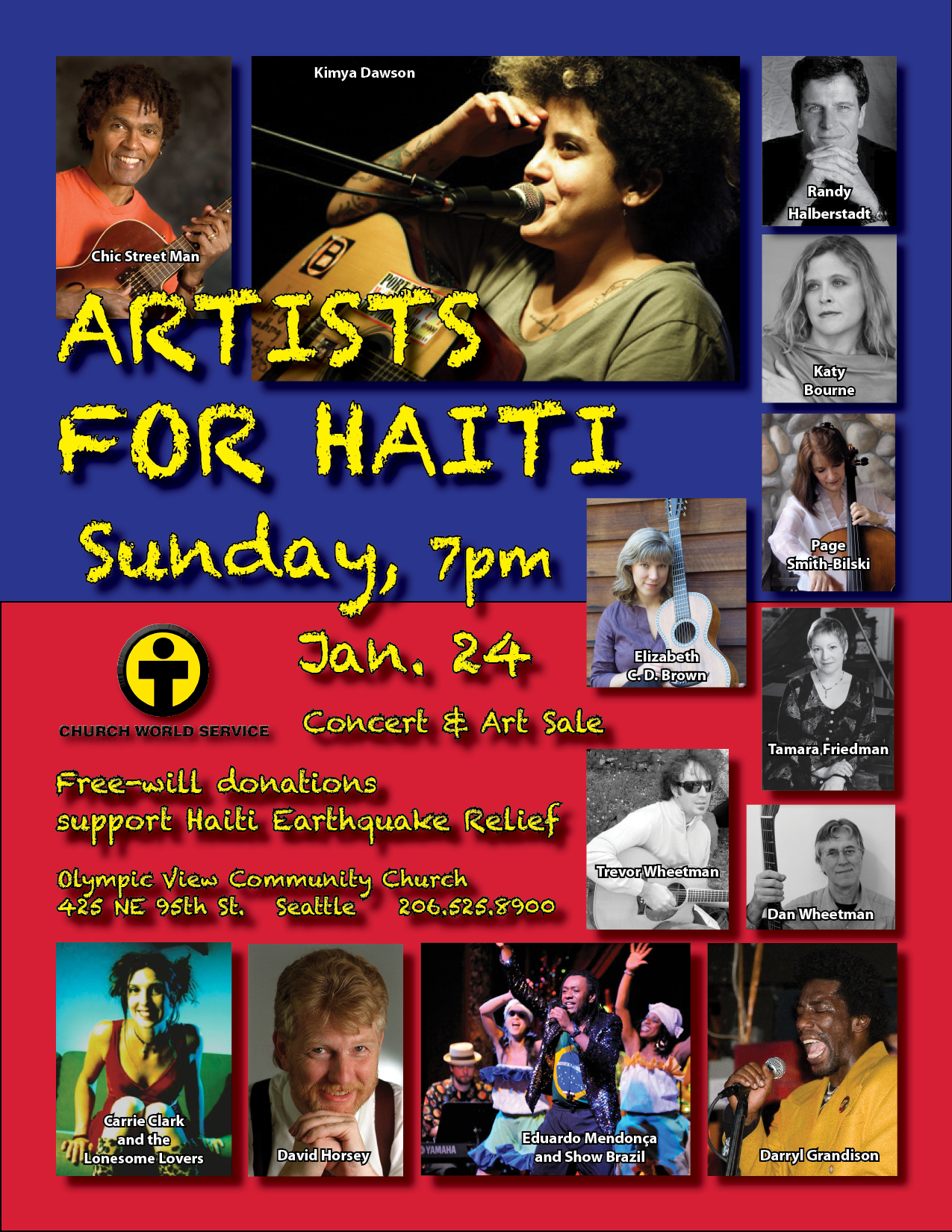 Artists, pastor, even Rob on sound have been well thanked.   But big thanks are also due the less visible contributors to the effort.  Kate, Jeanesse, Karen, Robert, Percy, Dan, Jana, Willy, Bob & Carol, Nancy & Haile–a stellar effort from you all.

And tell me who else deserves credit for the collaborative success.  E-mail me!